Suranga Katumgampala is a director I have followed with great pleasure for two or three years. The first film of his I saw was Son of the lovely capitalism (2015), a stunning portrait of alienation in a world of expanding capitalism. For a Son is his first feature film, and it is a strong one. Suranga follows his intention to look into the aspects of migration, and how it can cause conflicts between generations. But not only that. Migration can also be the root of alienation and anger in individuals. Himself a director from Sri Lanka living in Italy, he’s an artist following those who share the same fate. With For A Son, Suranga makes this more obvious than in his previous films. 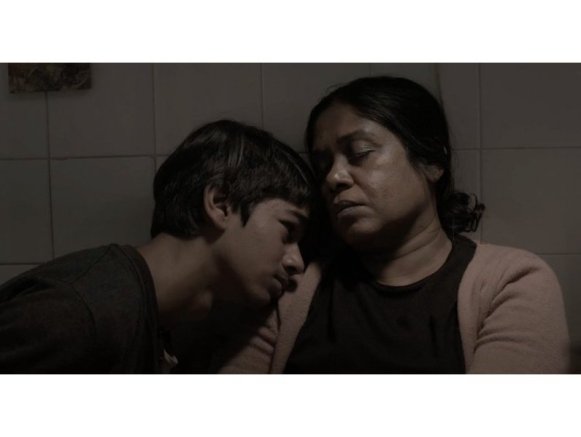 For a Son focuses on a Sri Lankan mother and her son who grew up in Italy. She is a caretaker of an elderly, very fragile woman, who repeatedly complains about her son who never visits her, or, if he does, only ever comes when she is not around. It takes a while before Suranga reveals just how much these two seemingly very different women have in common. To me personally, their relationship is based on a mutual affection for but disappointment of their respective sons, for whom they have done or still are doing everything but whose love doesn’t seem to be reciprocated. But then, this would be too easy an interpretation.

In fact, For a Son is a complex film, if you watch it with open eyes. For me, it was a difficult film. There were several instances when I wanted to switch off. This is a compliment, rather than a sign of frustration. Suranga really touched me. His depiction of an angry son who always turns against his mother, who actively rejects her, is painful to see, is painful to endure. You cannot help but feel sorry for the mother who works hard to make a life in Italy possible. The second part of Suranga’s film moves towards revealing the deep-seated problems in the son, but never actually resolves the conflict between mother and son, the latter thoroughly suffering from not having been able to enjoy a close mother-son relationship while growing up for very different reasons, one of them being his mother’s commitment as caretaker in order to earn a living. 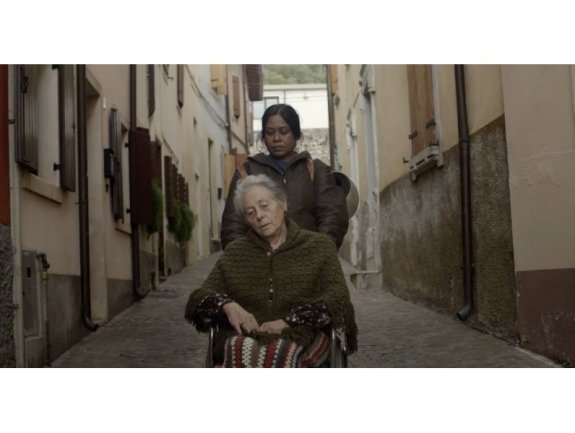 For a Son is more than about a son, however. It is more than about the relationship between a mother and her teenage son. It is about a conflict between generation, which deepens with migration. In a way, I know this from experience, although this wasn’t even migration as such. But I did grow up in a united Germany, having been born in 1988. It was an entirely different world from that my parents lived and raised their other children in. This was bound to bring conflicts, and it did. We were one family, but we lived in two different worlds which constantly collided. It’s not only about politics but also about culture. Suranga includes this very topical subject in his film. In a phase of pure anger, the son even accuses his mother of not even being able to speak proper Italian. He himself, so it seems, feels more Italian than Sri Lankan, which is often the case with second generation immigrants. It is one thing to move abroad. Bridging between cultures is an entirely different thing which, in many cases, causes ruptures within families.

And here you can sense that Suranga, while focusing on a Sri Lankan mother and her son, tells a universal story. It is specific, and yet broad, and therefore allows viewers from different backgrounds to see themselves mirrored in this film. But the film is also, to me at least, a  piece of work which allows us, in parts, to understand the anger of second-generation immigrants, who are torn between their actual, geographical home and that of their parents, who are usually keen on keeping their local traditions and languages alive. It is, in a way, a schizophrenic life, which Suranga depicts in For a Son. He shows conflicts on several different layers, which makes his film rich in meaning. For a Son is by far not as experimental and playful as Son of the lovely capitalism, but it is a deeply honest piece with attention to detail. I’m looking forward to more!